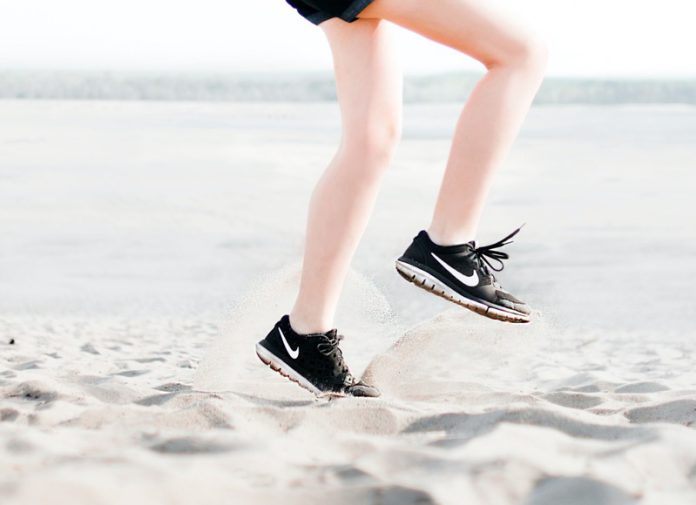 Did you know that Nike owns 48% of the athletic footwear market in the US?

Considering we seem to see Nike on every ad and in every mall, this statistic isn’t surprising. And thanks to its quality, variety, and superior design, Nike continues to be the go-to brand for many people.

But while we all know of Nike’s success, how did they get there? And what other facts about Nike don’t we know?

Interested to learn more about Nike? Below are our top 5 interesting facts about Nike that you may not have heard before.

You may not know that the Nike company started as Blue Ribbon Sports. It was started by a man named Bill Bowerman, who was a university track-and-field coach. Working with him was Phil Knight, who used to be his student.

These two entrepreneurial men started the brand with only $1,200 in the bank.

And while that amount of money meant more in the 60s, they nevertheless must have worked hard to save that amount and risk it on a new business.

While the two men opened their first store in 1966, they didn’t come up with the Nike shoe until 1972.

Instead, the company was the official US distributor of the Japanese brand Onitsuka Tiger.

And before Nike was able to open its first store, Bowerman and Knight sold shoes at sports events from the trunks of their cars.

While Bowerman and Knight lived in Oregon, their first retail store opened in Santa Monica. And as they began to sell more shoes, the company expanded into the East Coast.

One of the most surprising parts of the history of the Nike company was that Nike wasn’t the original name of the shoe brand.

Instead, Knight wanted to name the brand Dimension 6. This may have been because Knight loved the band The 5th Dimension.

The first employee of Blue Ribbon Sports, Jeff Johnson, talks about how Knight came into the office and insisted that they needed a brand name by 9 a.m. because they were already making the shoe boxes.

After brainstorming all night, Johnson came up with the name “Nike,” named after the Greek goddess of victory.

And even though the employees and owners didn’t like the name all that much, they decided to go with it at least for a while because they had a deadline with the factory.

You might not believe that the famous Nike swoosh logo only cost the company $200 when adjusted for inflation.

Back when the brand was created, Nike paid a university student $35 to design the Nike logo. This student was Carolyn Davidson, who was studying graphic design at The University of Portland at the time.

When she started working with Knight, Davidson was looking for extra money to help her pay for oil painting classes.

But before you go thinking that the company ripped her off, Davidson only billed Nike for 17.5 hours of work.

Davidson did design work for Nike for 4 years after that, and then she worked from home as a graphic designer for 30 years.

But Davidson’s success at Nike didn’t stop there. When the brand took off, Nike threw a party in Davidson’s honor.

They gave her a diamond and gold ring with the swoosh design and also gave her stocks estimated to be worth over $1 million in today’s currency.

4. The Fight for Jordan

By the time he was 21, Michael Jordan became a well-known name, and naturally, big athletic brands wanted to work with him.

At the time, both Nike and Adidas wanted to partner with Jordan, but he could only choose one of these brands.

But Jordan’s parents encouraged him to go with Nike. This was because Nike offered him $500,000 for five years. They also wanted to give him two Mercedes cars and custom-designed shoes.

And thanks to his parents’ persuasion, Jordan collaborated with Nike, resulting in some of the most popular shoes today, like the Jordan 1 mid.

Jordan’s first deal with Nike was in 1984, and he’s since earned over $1 billion from his endorsements with Nike alone.

As with many other brands today, Nike knows that one of the keys to maintaining a good brand image is to have some sort of sustainability goal.

In Nike’s case, the brand chose to focus on the issue of its old shoes contributing to landfills. Even though Nike is of good quality, the shoe would inevitably wear out, and the company thought of a solution for these old shoes.

This solution is called Nike Grind. Basically, one of the employees at Nike, Steve Potter, decided that they should repurpose old Nike shoes to make reusable materials.

This is how Nike’s Reuse-A-Shoe program was born. This program encourages consumers to give their old and worn-out shoes back to Nike. Nike then uses these old materials to make a material called Nike Grind.

To make Nike Grind, Nike uses scraps of foam, rubber, leather, textile, and plastic. These are leftovers from manufacturing Nike products and from old sneakers that are donated through the Reuse-A-Shoe Program.

Some of these materials are reused to make new Nike clothes. Others are used as construction and building materials, like the running tracks at Brillia Running Stadium in Tokyo.

So far, Nike has recycled 30 million pairs of its athletic shoes to date.

Enjoyed These Facts About Nike?

Even the biggest Nike fans may have found a few of the facts on this list surprising.

From small beginnings to future sustainability goals, we can see that Nike continues to evolve as a company but still keeps its athletic roots at its heart.

Our favorite brands can keep surprising us, and maybe these facts about Nike even inspired you (or just made you love the brand even more).

Enjoyed this article? Then make sure to bookmark us and take a look at the rest of our site!